Meet the Man who you are going to get to know very well in the near future. ..

Find out about the “LIFE” he lead and remember this video that you are viewing, is exactly what he experienced, 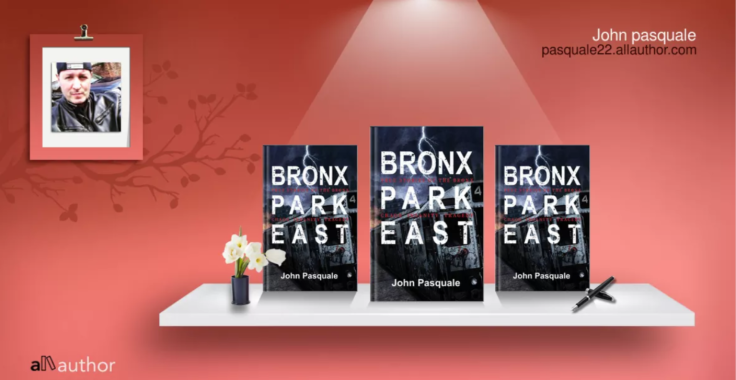 ••••••• BRONX PARK EAST ••••••• by JOHN PESQUAL; the man who is known in the Bronx as “Johnny Baggal, a well known mobster whose job it was to be an excellent enforcer.

This book is the story of what happened, his lifestyle, those men and women who he lived worked and daily used his knowledge of how to avoid those whose job it was to enforce the law, follow the daily rules and regulations society lived by while Johnny and his people used this system efficiently against itself.

You know how easily certain people played on the edge of that boardline we were taught to never step across, well that group were a very viable option for financial gain.

The whole reason illegal activities filtered across into the daily life of Mr and Mrs Smith who lived in the Suburbs, is there is very little that distinguish’s between the two groups of people. At the moment when a person makes a choice in their lives, decision’s that focus on the best way to live, make money, follow the ways in which you achieve your goals and dreams, is when a step in the wrong direction can change your life forever.

A simple matter of going to a card game and placing a large bet, puts you into the category of making money by illegal gains simply because you have hopes of making a BIG WIN to help with the bilks, or joining in with the boy’s on a guys night out in a pub crawl, where you are part of a huge fight, supporting of one of your brothers making sure the numbers were even, suddenly realizing something that had begun as a couple of guy’s having a personal fight had quickly developed into a major brawl, with weapon’s finding their way into the hands of drunken, aggressive, adrenaline fuelled idiots, your looking on the scene wondering how two or three of the guy’s were lying dead or wounded on the sidewalk. From this one action going to a night out with the boy’s, you’re suddenly faced with real life changing event’s that take away your own personal choice’s in your life.

I know how often people ask “How did Johnny end up living and working with the mob”???

What would make him want to be part of anything those crazy mobsters are involved with. A smart good looking man who is definitely not Italian, except for living in the area and possibly going to school with a number of kids whose dads were automatically included in the hierarchy, and were expected to carry on the family business, he had the same opportunity that every other young male anglo saxon had, so why would he end up being an enforcer and knowing that his action’s were not only illegal but he certainly would be put in very dangerous situation’s where by protecting his boss or threatening –1 customer who owed for services rendered, action has to be taken where lives and people suddenly change. In the Bronx husband’s, father’s and brother’s didn’t come home -never to visit their family again.

Often purely through requirements the business needed, decision’s and action were taken that would send your husband overseas, rules have to be followed your position in the heirachy chose how much power you had or retained for yourself and your family or through the power and control of another you couldn’t make a choice of whether you wanted to partake in the job or function you were sent to finalize. The severity of whatever you must do would decide if you stayed in the US or needed to take a long holiday while the heat around the job you have completed died down.

HERE YOU WILL MEET A REAL LIVE GANGSTER, A MOBSTER WHO HAD MANY CHOICES THAT DIRECTED HIM INTO THE WORLD YOU ARE GOING TO VISIT.